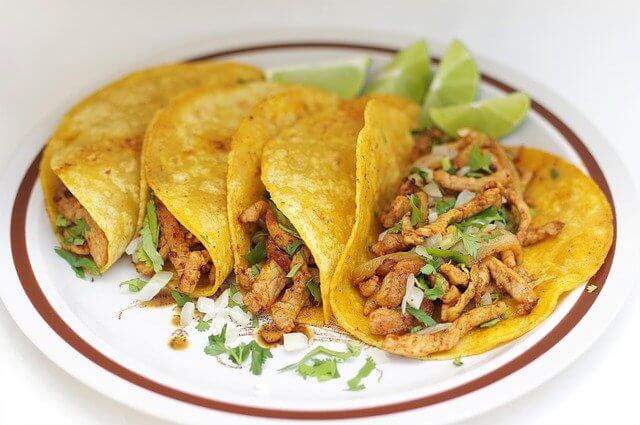 Being diagnosed with diabetes comes with a new lifestyle and eating habits. Although certain foods are a No-No for diabetic patients, it’s easy to find them eating those foods for some reason, which leads to the question, “Can diabetics eat tacos?”

Tacos are a native Mexican finger food made of small corn known as tortillas, garnished with fillings. It is usually an outdoor dish in Mexico but has gained wide recognition around the world.

Although Tacos are permissible for non–diabetic patients, can diabetics eat tacos? Can people living with this lethal disease comfortably enjoy this without fear of increased blood sugar?

Tacos are known for their delicious taste, affordability, and ease of making them. With the right amount of ingredients, tacos can be a nutrient-filled meal. There are various types of tacos: beef tacos, chicken tacos, fish and shrimp tacos, etcetera, and all sorts of tacos contain different amounts of nutrients depending on the toppings used.

Benefits of Tacos for Diabetic Patients

While several Mexican foods are packed with carbohydrates which aren’t a good option for diabetics, making healthy food choices is always available. People with diabetes should not eat tacos filled with fats, carbs, and cholesterol; there are carb-free tacos that diabetics can take, which brings us to the benefits of tacos for diabetes.

When prepared correctly and in a hygienic environment, you can include tacos in your diet if you live with diabetes. Taco options for a person with diabetes can be Traditional tacos, low carb tacos, vegetarian tacos, and no–carb tacos.

1. Contains Protein: Protein is a very needed nutrient in your body for bone building, muscle strength, and skin improvement. Tacos are one of the highest sources of protein.

However, the amount of protein needed by the body varies because of age, sex, and overall health. Hence, choosing toppings with high protein amounts is crucial, depending on the above factors. The presence of protein will also help to repair damaged body cells.

2. Prevents Anemia: Moderate and healthy eating of tacos provides the body with iron, which helps prevent anemia resulting from deficient amounts of red blood cells. The effect of anemia in people with diabetes may result in complications like damaged eyes and nerves.

Iron helps to maintain the normal function of the red blood cells. To this end, diabetic patients should garnish their tacos with toppings rich in iron.

3. Aids Digestion: Tacos are known for their help in aiding digestion. This is possible because of the presence of fiber in certain vegetables used as toppings. Fiber also helps in relieving constipation and ensuring better bowel movements.

4. Boosts The Immune System:  Tacos are capable of boosting your immune system because they contain certain vegetables which provide your body with healthy minerals and vitamins such as Vitamin C, Vitamin B, and Vitamin A, which fight off diseases and infections.

Vitamin B has the ability to produce metabolic enzymes, which are needed to maintain normal body metabolism. Vitamin C helps prevent several illnesses such as scurvy, while Vitamin A plays the role of an antioxidant in the body, which reduces oxidative stress and improves sight.

Consumption of tacos with a moderate amount of sodium may help reduce the risk of having high blood pressure and ultimately heart disease in diabetic patients, leading to death.

Faqs On Tacos And Diabetes:

Tacos are filled with fried garnishing; however, diabetics can be picky with the type of toppings that they would prefer due to their health condition. Avoid fried topping, which can be a source of carbs, the taco shell, the sour cream, and just stick with the salad.

Although tacos are mostly considered unhealthy for people with diabetes, this isn’t generally true. You can enjoy tacos without the thought of raising your blood sugar if you are mindful of portion sizes and modes of preparation.

Tacos mostly contain fat and carbs; eating them moderately and not frequently does not have any risk.

☑️ Can Diabetics Have Taco Shells?

Diabetics can eat tacos shells, but certain factors ought to be considered—factors like the amount of fiber, fat, and even protein. In choosing taco shells, kindly go for those with low carbohydrate and fat, as these will influence your glucose levels.

So “can diabetics eat tacos?” YES, but patients must exercise moderation, and confident choices should be made. For example, it is better to eat tacos with tortillas made from corn, tacos prepared with minimal amounts of oil, tacos with meat that contain low fat, tacos prepared in clean environments.

However, it is highly advisable to eat more homemade tacos than street tacos. On a broad scale, tacos can be a rich source of protein and fiber with low calories; however, adding extra condiments can increase the calorie amount. For example, tacos can be high in saturated fat when they contain cheese.

To keep your tacos low in fat and calories, you can save certain ingredients out when making them. Some elements that can be left out are cheese, sour cream, mayonnaise, fried avocado, and fried vegetables.

The bottom line is that too many toppings added to your tacos are unadvised. A moderate amount of garnishing means a low amount of calories in your tacos.