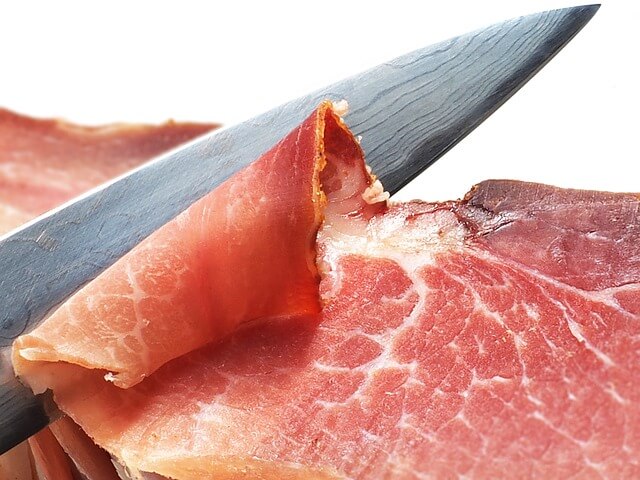 Bacon is quite famous across the globe. People who prefer eating a low-carb diet have bacon for almost every meal of theirs. You can picture them having bacon for breakfast, lunch, and dinner.

If you happen to search for bacon recipes on the internet, you will surely come across many of them. Although delicious to taste and be low carb, is it safe for everyone to eat bacon? Can diabetics eat bacon?

Are bacon and diabetes a good combination? In this blog, we shall determine whether people with diabetes can have bacon without affecting their blood sugar levels?

Whether people with diabetes can have bacon or not depends on the type of their diabetes.

For starters, diabetes is of several types, the major ones being type 1 diabetes and type 2 diabetes.

In type 1 diabetes, the insulin production in the body is either nil or very low. The patient has to take insulin injections regularly to maintain blood sugar levels.

Type 2 diabetes is the most common form of diabetes, in which the body is unable to use the insulin available. People with diabetes can manage their type 2 diabetes effectively by eating a balanced diet and regular exercise.

People with type 2 diabetes should avoid bacon. Bacon contains a high amount of saturated fats that can cause inflammations in the body and raise cholesterol levels. Type 2 diabetes patients are already at risk of heart ailments; eating bacon can further aggravate the situation.

Bacon can also aggravate other health issues such as obesity and high blood pressure in type 2 patients. They should switch to lean protein choices such as fish, turkey, or chicken instead of bacon.

Turkey bacon is the ideal alternative for people with diabetes. It is healthier than pork bacon because of the lesser calories and lower fat content. People having diabetes should eat turkey bacon in moderation; they can rather eat roasted turkey instead. Turkey bacon and diabetes management are more manageable than managing diabetes while having pork bacon.

3 Benefits Of Bacon For Diabetes

Given that people with diabetes should avoid pork bacon or have it in moderate quantities, the benefits of bacon for diabetes are very few-

Bacon is high in macronutrients content; it mainly consists of proteins and fats, also the carbohydrate content in bacon is low.

The macronutrients present in bacon are ideal for effectively managing blood sugar; however, other factors make bacon an unsuitable addition to the diabetes diet.

Bacon contains a fair amount of macronutrients, but does it have any micronutrients to help a diabetes patient?

Bacon contains micronutrients such as selenium, vitamin B12, B3, and B6, phosphorous, iron, and zinc. These micronutrients are necessary for different body functions, such as maintaining the nervous system and regulating hormones and energy production.

3- Accompaniment For Other Dishes:

Bacon, however, can serve as a good accompaniment for other dishes. People with diabetes can have bacon in moderation with other food items.

People having diabetes can eat bacon along with some fruit or oatmeal. Although, they need to check the calorie value of bacon before consuming it.

Bacon should be out of a diabetes diet because of its sodium content and the high number of saturated fats. However, people with diabetes can eat turkey or chicken bacon instead of pork bacon.

Although it is widespread globally and has a delicious taste, bacon is still not a part of a diabetes diet.

Eating bacon can increase blood sugar. The high saturated fats and sodium levels in bacon can cause significant spikes in blood sugar levels.

Bacon is not present in most diabetes diets, including gestational diabetes. Bacon is known to spike blood sugar levels because of its high fat and salt content.

Pregnant women with gestational diabetes should avoid eating bacon as it only worsens their diabetic condition. They should opt for healthier food choices such as salads instead.

☑️How Many Pieces Of Bacon Can A Diabetic Have?

The least bacon consumed, the better. A person with type 1 diabetes can have up to 3 pieces/slices of bacon.

People with diabetes should avoid all kinds of bacon because of its high fat and sodium content. Diabetes patients must avoid eating peameal bacon too.

Due to the high content of saturated fats and sodium, peameal bacon can cause blood sugar levels to increase, leading to other severe health complications.

Although a popular food choice, bacon is not suitable for a diabetes-friendly diet.

People with diabetes should avoid eating bacon; however, people with type 1 diabetes can have it in moderation. They can also have it alongside other food items with a low glycemic index and a high fiber content.

If a person with diabetes wants to try bacon, he can try consuming chicken or turkey bacon instead of pork bacon. Or they can opt for eating lean proteins such as fish.

Since bacon is not suitable for diabetes patients, it has minimum benefits. Bacon is a good source of macronutrients and micronutrients beneficial for the human body. Although, after eating bacon, there are high chances of a spike in blood sugar levels.