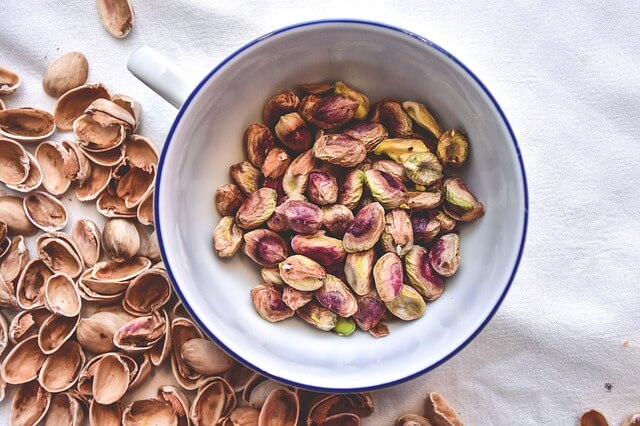 Pistachios and Diabetes? Sounds like an odd pair, right? Well, folks, Diabetes is something to be taken seriously.

But it’s not the end of the road, and with the advancements in science and few from our own grandma’s old stash of homemade remedies, plus, with a few micro habits here and there, we can turn the tables around for good!

Now let’s get to the matter at hand,

Benefits of Pistachios for Diabetes

Pistachios are a part of the Cashew family originating from the Middle East and Central Asia. But now, according to the wiki, both the USA and Iran produce over 70 percent of these nuts.

As mentioned above, Pistachios have an extremely low glycemic index.

And as most of us know, Type 2 Diabetes requires a special diet that can control and reduce the effects of the same.

Many Researchers have already stated that nuts are, in general, some of the most beneficial food for diabetics, and according to the same logic, Pistachios also help out a lot.

Pistachios also contain magnesium, which is good for blood glucose management and the reduction of insulin resistance.

The micro-nutrients found in this nut are said to be great at fighting inflammation as well as complications associated with Diabetes such as neuropathy, retinopathy, etc.

But that’s not all, a study published in the American Journal of Clinical Nutrition found that blood sugar levels can be reduced down by as much as 21 percent with daily consumption of pistachios.

Insulin resistance is also one of the biggest hurdles for people trying to control their Diabetes.

In this regard, Pistachios have been cited for having positive effects on the proper utilization of insulin by the body.

1) Reducing Inflammation: One study has shown evidence that eating Pistachio Nuts on a regular basis decreases blood c-reactive proteins, which are inflammatory markers that can damage arteries over time if left uncontrolled.

3) Pregnancy: Women who have gestational Diabetes might find Pistachios beneficial as they may help to control blood sugar levels during pregnancy.

4) Stress Relief: Pistachios contain very high amounts of antioxidants like vitamin B6, manganese, copper, and zinc, which can come to our rescue when stress strikes. The antioxidant content helps us fight free radicals that cause damage to the body

5) Helps with Weight Loss – Another study showed that these nuts are high on monounsaturated fat (which is actually good for you!!), proteins, and fiber, which helps prevent weight gain or even assist with weight loss.

6) Protection Against Cardiovascular Risks – As mentioned above, they’re high in monounsaturated fats, which are quite healthy for you, they can help reduce LDL cholesterol levels which are responsible for plaque buildup that could lead to heart disease.

Healthy diet tip – If you want to control Diabetes or even prevent it from developing, then replace your snacks with Pistachios instead!!!

Pistachios have been shown to decrease A1C levels.

How Many Pistachios Can A Diabetic Eat?

On average, as per the studies, around 42-43 pistachios per day are a good dose for diabetic patients. These are best eaten before meals.

Do Pistachios Make Your Blood Sugar Go Up?

As we have stated above, and as per dozens of studies and research around the world, especially in the US, Pistachios do not make your blood sugar go up.

So you can eat them and enjoy your Diabetes!

Are Pistachios Good for Gestational Diabetes?

How Many Calories Are In Pistachios?

Are Pistachios A Low Glycemic Food?

Yes, as mentioned earlier, Pistachios has a low glycemic index, and since it’s rich in antioxidants. Pistachios are a great way to control your blood sugar level.

So, folks, that’s pretty much about pistachios and Diabetes.

We will be back again with many interesting articles! Adios.