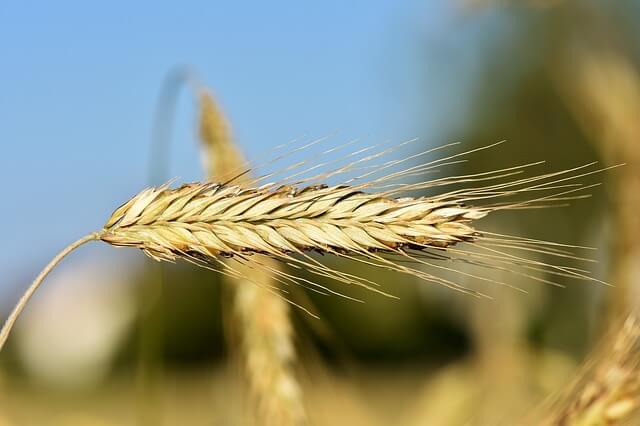 Barley is a nutritious crop aging back to 10,000 years. It is one of the most consumed grains in America, the Middle East, Central Europe, and Africa. It belongs to the Poaceae family. It is the fourth largest grain crop in the world. It is full of nutrients, vitamins, and minerals and tastes similar to nuts. It is a delicious and healthy alternative to rice.

Many people are uncertain, “Can diabetics eat barley?” So let us look at the benefits that this grain has to provide.

If you’re wondering, “Can diabetics eat barley?” Let us have a look at the answer to this question-

Barley is a healthy addition to the diet of a person diagnosed with diabetes. Barley’s glycemic load is 5, which is very low. Barley constitutes fiber and essential nutrients with several health benefits for and without diabetes.

Here are the ten benefits of barley for people with diabetes-

Benefits Of Barley For Diabetics

Barley is rich in vitamins and nutrients such as fiber, vitamin C, copper, magnesium, etc. It also contains considerable folate, iron, phosphorus, and thiamine. It is a healthy addition to one’s diet and has several health benefits.

Barley is a classic source of soluble fiber. One hundred grams of barley provide 6 grams of fiber to the body. Fiber intake is highly beneficial for people diagnosed with diabetes. Barley has several health benefits due to its high fiber content. Some of them are improving Digestion, reducing weight, and lowering cholesterol.

Increasing the intake of fiber in one’s diet has proven to be a good way of cutting down the calories intake. Barley has high fiber content and thus proves to be very beneficial in helping to reduce weight.

Barley is known to have several health benefits, including improving Digestion. Its high fiber content prevents digestion problems such as constipation by increasing the beneficial gut bacteria. It reduces the symptoms of bowel diseases and boosts Digestion.

If you are someone suffering from high cholesterol, barley is undoubtedly a worthy addition to your diet. Barley helps lower cholesterol and reduces the risk of several heart problems. Barley is a grain with an adequate amount of soluble fiber and thus provides multiple health benefits.

6- Reduces The Risk Of Heart Diseases

A fiber-rich diet has proven to be very beneficial in curing several chronic diseases. Barley’s nutritious composition makes it good prevention for colon cancer. It also prevents several other types of tumors. It is rich in antioxidants and phenolic acids and thus very influential.

Gallstones are highly harmful to the human body. They lead to severe pain and blockage. Barley is rich in fiber, and thus, excessive intake of it can help prevent gallstones.

Barley is rich in essential nutrients and vitamins. It has the vitamin C present in oranges thrice. It is a power-packed grain that reduces the risk of several health problems and increases immunity.

Barley consists of magnesium and phosphorus, which improve bone health. It has several other minerals which strengthen bones. Barley juice is a good source of calcium and a worthy addition to your plate.

Barley has a shallow glycemic index and does not raise blood sugar. Studies show that barley can even reduce insulin levels and reduce the risk of type 2 diabetes.

How Can Diabetics Take Barley?

Barley is rich in nutrients and can be very beneficial for diabetes. There are many ways in which people with diabetes can consume barley. Some eat barley soup, drink barley water, and have cooked barley in rice.

How To Make Barley Water For Diabetes?

Considering all the factors we discussed, barley is a very healthy option for all people, including people with diabetes. They have a glycemic index of 25 which is extremely low.

They are rich in fiber and essential nutrients. They have several health benefits, including reducing the risk of diabetes, cancer, and heart diseases. One can consume barley in soups, stews, or water.

Therefore, the answer to “Can diabetics eat barley” is a certain yes.