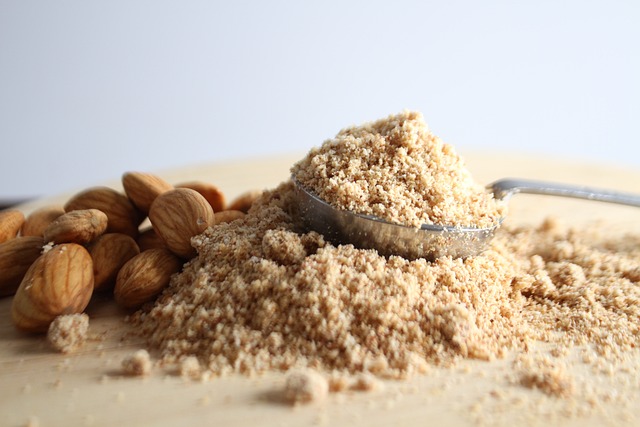 Baking may seem impossible if you monitor your blood sugar levels and monitor your carbohydrate consumption. So, Is almond flour good for diabetics?

The baking aisle at your store may be filled with an increasing number of alternative flours.

However, the issue still stands: Is consuming these flours recommended for people controlling their diabetes?

The best available option is almond flour, even though each nut flour varies somewhat.

Do People With Diabetes Benefit From Almond Flour?

Yes! The same health advantages of almonds are present in almond flour since it is produced from blanched, pulverized nuts.

Thus, consuming almond flour may both lower your risk of heart disease and assist you in managing your diabetes.

Almond flour has less than one-fourth the number of carbs when compared to all-purpose white wheat flour.

More than half of the remaining carbohydrates are fiber, a non-digestible carbohydrate that doesn’t raise blood sugar levels but instead works to bring them down.

One explanation for this is that those with diabetes may find almond flour a particularly suitable alternative.

So, is almond flour a good substitute for diabetics?

Almond flour can offer significant health advantages because of its vitamins, minerals, and antioxidants.

For instance, manganese aids in the proper blood clotting process, which enables the body to heal from wounds.

Additionally, manganese aids in the body’s digestion of cholesterol and carbs.

Magnesium, which might help you better regulate your blood sugar levels, is also abundant in almond flour.

The following additional health advantages of almond flour include:

A food with a low glycemic index is almond flour, and Almond flour contains less sugar and carbohydrate content than wheat flour. Changes in diet, such as using almond flour, can improve blood sugar control in patients with diabetes.

Vitamin E, an antioxidant known for enhancing brain function, is abundant in almond flour. Your chance of acquiring cognitive disorders like Alzheimer’s is lower if you consume enough vitamin E.

The antioxidants and vitamin E included in almond flour can lower the chance of developing major medical problems like tumors, diabetes, heart problems, and attacks. So, will almond flour spike my blood sugar?

Despite being a helpful component, almond flour is still created from almonds, which have a lot of calories. Almond flour provides around 50% more calories per volume than wheat flour.

You may refrain from ingesting too many carbohydrates by controlling your amounts and limiting your servings to a half cup.

This article has discussed almond flour’s nutritional composition, how it compares to other types of flour, and if it is safe for diabetics.

Is almond flour good for diabetics? In addition to having many excellent health advantages, almond flour is simple to substitute for other flours when making food and pastries. But always consult your doctor for diet suggestions.