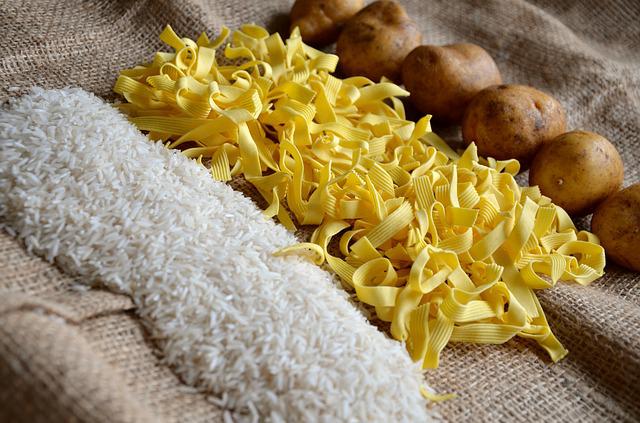 It is often a struggle sometimes for people with diabetes to know the kind of food that would be right for consumption without worrying about whether it would increase blood sugar levels.

Diabetes has been reported to have no cure; hence there are only steps that can be taken to manage it, and one of these steps is watching specific food intake.

Blood sugar or blood glucose is the body’s primary energy source, and this sugar comes from consumed food. This is achieved by the release of insulin by the pancreas, which is responsible for the distribution of glucose into different cells, which is then used for energy production.

Deficient insulin production by the pancreas or the inability to properly use insulin causes an uneven distribution of glucose from the blood to other cells where energy is required.

Carbohydrates are high sources of sugar as they are broken down into glucose by the body.

Consumption of certain types and amounts of carbohydrates would go a long way in making a difference or striking a balance in diabetes management. Familiar sources of carbohydrates are bread, rice, potatoes, yams, plantains, and pasta.

Can Diabetics Eat Potatoes And Rice?

Studies have shown that carbohydrates being high sources of sugar can be detrimental to your health; this may cause you to worry about having to cut out most of your favorite foods.

But the fact is that you can still enjoy them, but they would have to be taken in small portions, and they would no longer be regular meals.

As carbohydrates, rice and potatoes can be consumed by people with diabetes only in small portions and planned meals.

What Is Worse For A Diabetic, Rice Or Potatoes?

It is essential that food for diabetics have a low glycemic index which is a common determinant of how fast carbohydrates in foods are converted into sugar or glucose.

Potatoes have a higher glycemic index.

An advantage of rice over potatoes in diabetics is that there can be a reduction of starch found in rice by draining the water with which it is cooked, but the starch in potatoes remains after cooking.

A high intake of potatoes is worse compared to rice.

Are potatoes okay for diabetes, and what kind of potatoes can a person with diabetes eat?

People can take potatoes with diabetes; however, they must be taken in moderate portions.

Whichever way you prefer, your potatoes, whether baked, mashed, fried, boiled, or steamed, must be taken in small quantities as too much intake can increase your blood sugar level.

Letting your potatoes cool is also healthier as this will allow resistant starch to increase.

You can lower the glycemic index by leaving the potato skin to get extra fiber.

Sweet potatoes have been studied to be one of the best potatoes for people with diabetes.

The type of rice healthy for consumption plays a significant role in diabetic management. Studies have shown that basmati and brown rice are the best to consume by people with diabetes because they have a minimal glycemic index.

They are digested more slowly, thereby keeping blood sugar levels stable. But regardless of this, they still have to be taken in moderation.

In conclusion, watching good intake for diabetics is very crucial to avoid a spike in blood sugar levels.

Having your health care provider give you a diabetic meal plan is also vital.